My Wish & a Freebie to Stitch 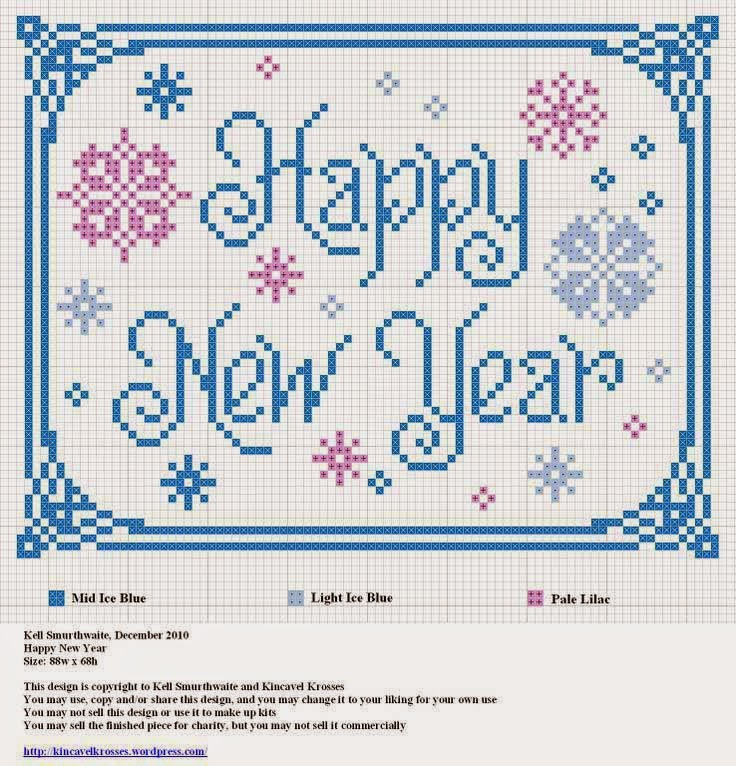 Hope all had a wonderful Christmas and holiday!

Well, I'll be ... Oscar, the stray Russian blue but with orange eyes, or perhaps a French Chartreux? Big solid (color and build) blue grey tomcat with a tiny mew. He  just walked over the dresser and on to my desk! That's a surprise! He's now laying atop by dresser!  He comes and goes at will, but only once before has he ever stuck his head into my office! Nice, calm cat who hisses at the strangest times - more like he's announcing himself rather or making sure I'm following than as a warning. Suspect he wants me to feed him canned food.  I'm hoping he'll dispatch a couple of mice or rats that I haven't been able to trap.  I set them. They manage to set them off without succumbing. With the possibility of unintended exposure  I don't want to set out poison and risk making him sick!

Ok, back to Saturday. 3-hour choir practice. Received some goodies - I couldn't eat but that's okay. I left them at my DD's on Christmas.  It was my birthday, so I stopped by Kroger and got  Banquet Fried Chicken dinner (I rarely eat fried chicken, but I'd forgotten to thaw the chicken thighs in my freezer), but more importantly - coffee ice cream - my nemesis. The phone was ringing when I walked in the door, followed by a series of Happy Birthday phone calls one right after the other, including one from my Dad. First time I've talked with him since September.  My cell phone, having taken a fatal swim in Henna's water bowl, meant I haven't had long distance for several weeks.  The ice cream was only partially melted by the time I finally found where I'd set it when I walked inside then talked on the phone. Sunday the Cantata at church. We have an 8-member choir, if everyone is there - and they were for a change. Went very well. One of the tenors set an old cassette recorder behind the guys and recorded it then handed us each a CD on Christmas Eve. Sunday the cantata.  Christmas Eve: scripture/hymns/and communion Service at 5. We have 2 other congregations currently "nesting" in our facilities, and we took the earliest of the services. Was home by 6:20.

As her gift to the family, my daughter made an absolutely delicious gourmet Christmas dinner (she loves to cook) with standing rib roast cut in almost 1" slices! Roasted potatoes with herbs, roasted brussels sprouts via Ina Garten. Haricot vert. Wilted spinach with some sort of funky Italian cheese melted in them. Pear slices covered with another cheese with "provence herbe" wrapped in thick bacon. For desert a 3-1/2" tall, thick slice of NY cheesecake. And this was served AFTER all those appetizers. My sister gave me a Kroger gift card (VERY MUCH appreciated). I gave DD her annual art or destination calendar - something I've been doing since she was in elementary school. This theme was photos from Italy.

Last Christmas all I got was a small Kroger's gift card. This year:  my BFF decided to send $$ to pay for the 32" TV I'd bought but was going to have to return since other unexpected expenses hit. Whoa!  She sent cash inserted in a card rather than a check I probably would not have cashed. I decided wiser to keep the cash than return it via regular US mail. Besides, she was so excited because the idea came to do that rather than send me something tangible. (TV is still in the box following delivery after Cyber Monday - still need to figure out a place to put it - living room or bedroom. It's replacing either the 13" or 24" TV, both of which are at least 15 years old.) Received a check from Dad. AND my daughter added me to their Sprint Family Plan and gave me a Samsung Galaxy S3, which had replaced with an S5. The drawback is that I don't have wi-fi at home and would need to get some sort of bundle which includes it. I was sort of hoping the neighbor's wi-fi might bleed over, but no. At home I'm limited to talk/text. Which is just fine. I'm REALLY liking a device with a keyboard!

No plans for New Year's. Traditionally I sleep through it. :D

Can't believe Oscar has lain on the dresser the time it took to write this, but is now on the move. Guess I'd better feed him.

A wonderful and blessed Christmas to All.

By LindaMc at 8:44 AM 1 Comments Labels: Christmas

From Coats and Cross Stitcher Magazine   And check out the other Weekend Freebies and links listed!
By LindaMc at 5:24 PM 0 Comments Labels: Christmas, freebie

12 Days of Christmas and Other Freebies

Twelve Days of Christmas:  Hope you've enjoyed these freebies and drawings from these companies!

From Cross Stitch Collection  and Cross Stitcher Magazine. In conjunction with each other, a New surprise every day and only available for 24 hours - until 2pm the next day.  You'll want to visit every day between now and Christmas! [Except for Day 1the freebies and give-aways have been the same.]
You MAY be able to still download the charts for a few days. Change the date and the nth day in the url. Worth a try anyway.


Be sure to visit the "Free" sections of the above for other Christmas and a variety of freebies and links. Example:
ALSO, be sure to visit Mirabilia.com for the collection of free Christmas cherub designs by Nora Corbett. Click on "free designs" following the numbers at the bottom of the page. And view her other remarkable designs while you are there!